Corny Falco has a lot of confidence but doesn't know how to express it in the right way. He wears an obvious toupe, and an ill fitting suit which makes him look very big, but he's actually very small. 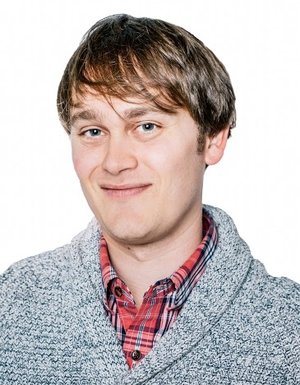 Corny Falco is played by Brandon Boat. Brandon has been performing improv for over a decade and in the meantime has lived in South Korea, worked in affordable housing through AmeriCorps, and interned at the Center for Victims of Torture. He recently got married and has a French bulldog named Kimchi. He has been playing RPGs since high school, but has been in a bit of a dry spell, so he’s excited to get back into the swing of it. He also never apologizes for being from Iowa.