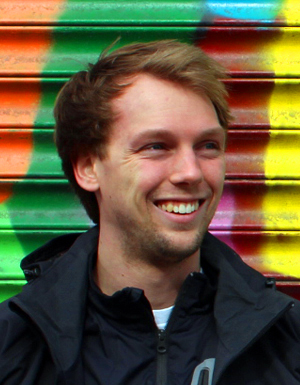 As it goes with most people, Dungeons & Dragons was the gateway drug into the world of table top games and RPGs for Max. Now it's five year's later, and he's still hooked on them. He has been improvising on stage and acting for over a decade, and has been performing in productions of all kinds and sizes during that time. He's probably most famouse for his breakout performance in middle school as "Boss" in Virginia Kidd's "Capricious Pearls", but now he can often be found on stage somewhere in Minneapolis's Uptown.

When he's not hosting nerd nights and reading pages of rules, he travels, writes code, paints houses, runs 3 times a week, and googles every question he has about the universe.